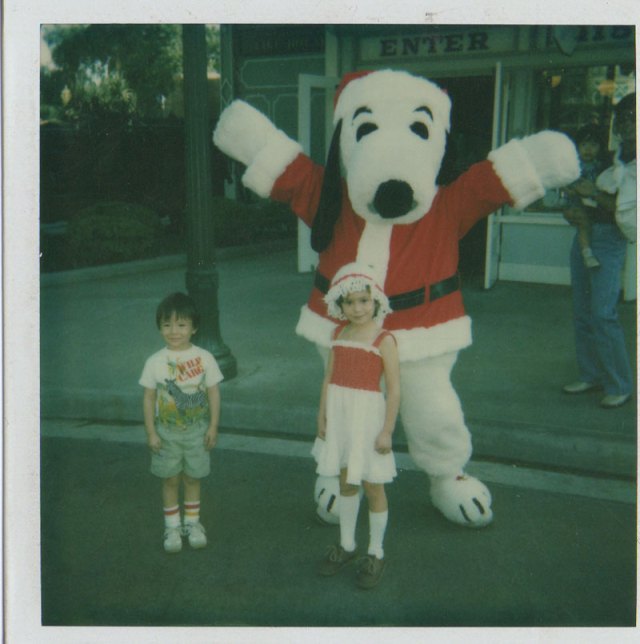 Me and E. at Knott's Berry Farm. E. was afriad of Snoopy.

The times when I feel alone and on the outside, without a friend in the world, I sometimes wish we never left California. In my mind, out west and on the edge of the land, are people with mindsets and interests just like my own. They explore tide pools, hike the mountains, camp in the desert, and catch sunsets on the weekends. 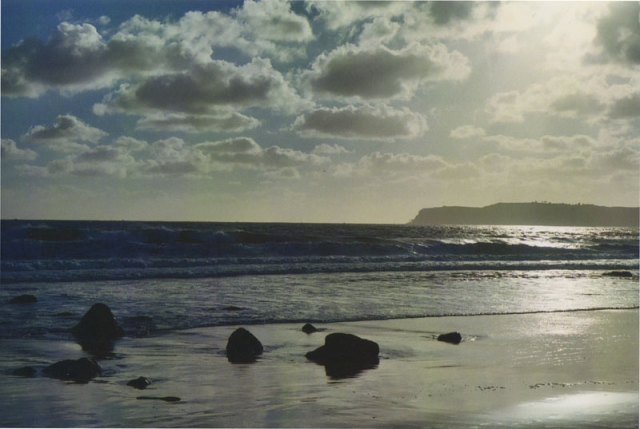 I am reassured that everyone feels this way from time to time…not the California part, but the ‘being on the outside’ part. 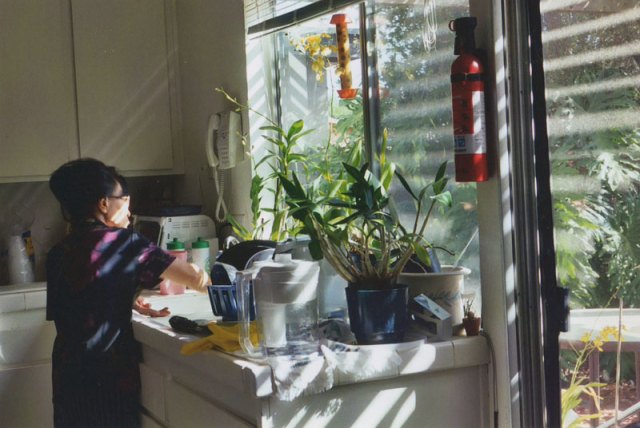 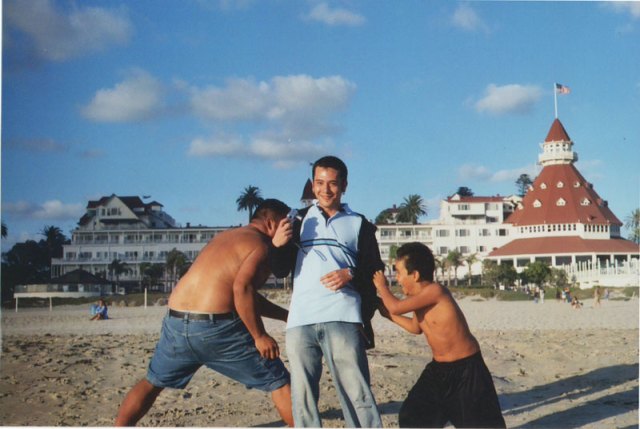 These two fellas just up and played 'baracade' with E. We didn't know them.

Although it seems people are more playful out there, they smile more and they claim they’re happier because the sun and the serotonin and the negative ions from the shore and salt keep them that way. I see their beaming faces and glowing skin and believe them. 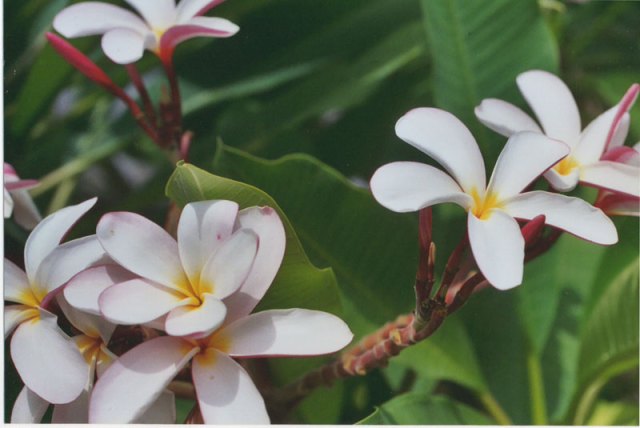 My brother said that he has become so tan that people are now addressing him in Spanish. He knows that I would love it there and tells me that almost everything he sees makes him think, “Anna would like that.” 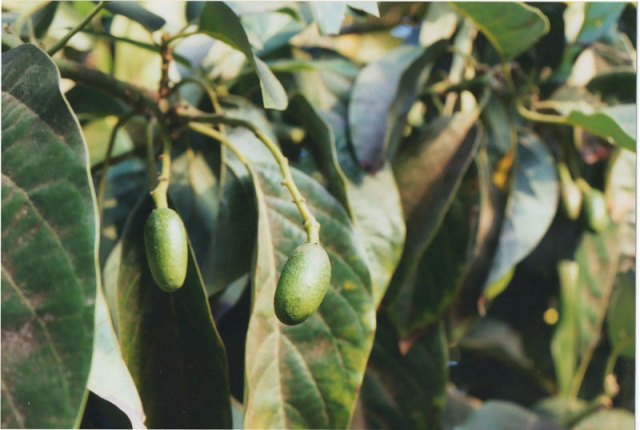 I update him on his cats. They’re shedding, lovable and they miss him. I can tell. He tells me it will still be a few more months until he’s able to come by to get them. 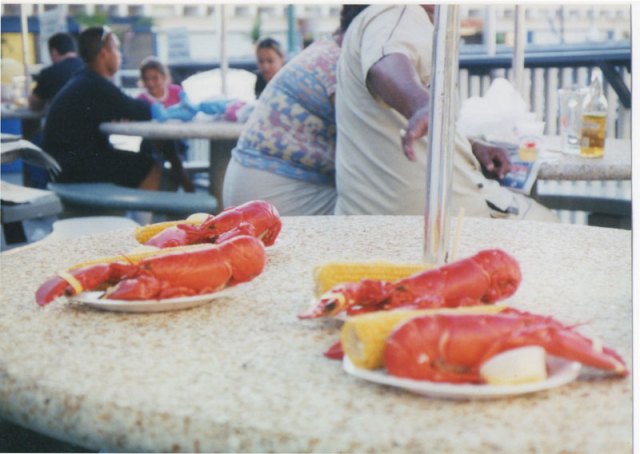 I imagine the apartment ‘cat-less’: it feels empty and sad, I will find a kibble left behind in the corner, see the scratches on the couch and my heart will ache with remembering…but Bill will be very happy.

My brother says he found himself missing the thunderstorms and the humidity of summer in the Midwest, and the way the nights are so alive with electric energy.

No. No singing insects songs, possibly no insects at all…just spiders and he’s not sure what they eat.

I remind him about mosquitos. He says he forgot about those. I ask him if he wants to know what I would miss most if I was out there.

The fireflies, and this year there seems to be a plague of them, they bump into you outside, and they fly like clumsy drunkards and come inside, and they are hideous things without the distraction of their light, but they light up the grass and the fields and the forests so magically.

I don’t think I’d like to live in a place that doesn’t have fireflies, but I tell him if all goes the way it’s supposed to, I’ll be able to work from anyplace in the world, and I would gladly come and stay for a month or two out of the year in sunny CA.

When I took a quiz online to see what would be my most ideal place to live , I got Sheboygan, WI for my #1, followed by Santa Barbara, CA. I’ve been to both places and like them, but honestly, I don’t think I’ll ever leave Milwaukee. Bill was born and raised here and he loves his family and my mom is nearby. When I ask Bill if he ever thinks about exploring another place to live, his eyes kind of cross.

Once, I asked his parents, who were also born and raised here, if they ever thought about exploring another place to live, and his father’s eyes kind of crossed and he said, “Well, why would we do something like that, we like it here.” His mom leaned in and whispered to me, “If he had ever been stationed somewhere else, I think he would have fallen over dead from shock.” 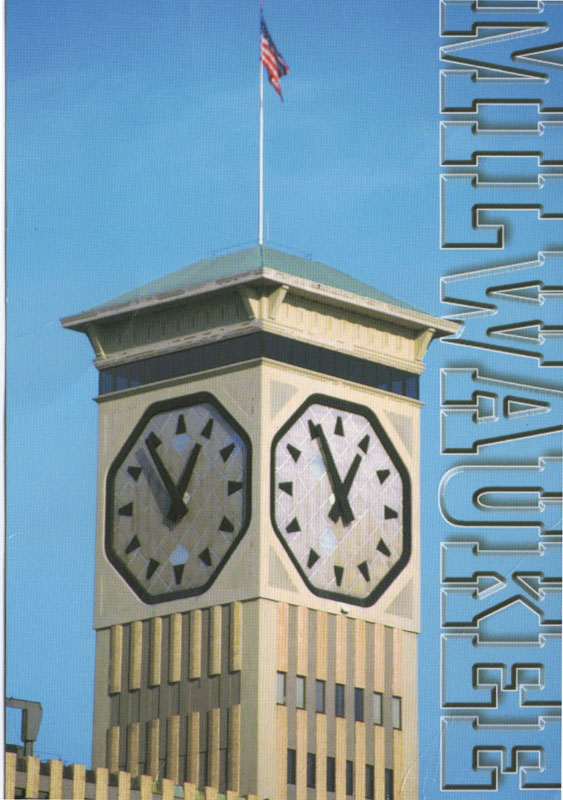 That’s how I found out where Bill got that from, his loyalty to Wisconsin that is, and I’m fine with it. Having grown up living all over the place, I’m happy to finally feel settled enough to call someplace “home”. But if someday I get the opportunity to make a handful of places “home” to me, I won’t argue. There’s just so much of the world that’s beautiful that it would be a shame not to get a little taste of it all.

What makes home “home” to you?

You don't know me, but you will.
View all posts by clutterheart →
This entry was posted in Uncategorized and tagged California, fireflies, home, Knott's Berry Farm, Midwest, Milwaukee, mosquitos, Santa Barbara, Sheboygan, thunderstorms, Wisconsin. Bookmark the permalink.