Say What You Want To Say 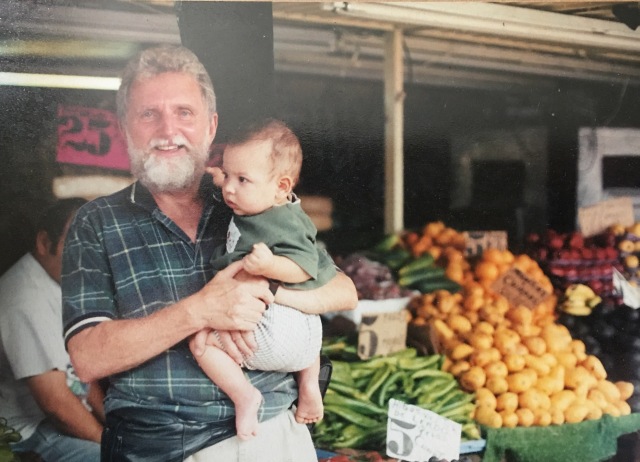 Grief aches near my heart, rises up into my shoulders and throat. It contracts, becomes full, and opens. The sound of my sob shocks me. It is unrecognizable. Each morning, each night, and all the way in between; it’s uncomfortable.

I knew the last time I saw him would be the last.

I wanted to say, “Dad, I forgive you,” but what exactly needed to be forgiven?

I wanted him to say, “I’m sorry I was a lousy father, and I wish we had more time,” but he’s already apologized for being a lousy father.

And did he want more time with me?

Was he truly a lousy father?

Did I allow him to believe he was lousy?

Instead, we didn’t say much at all. I avoided him.

I couldn’t say what I wanted to say:

Dad, this might be the last time we see one another. Let’s say the things we want to say while we still can.

He marveled at his grandson. At least there is that. 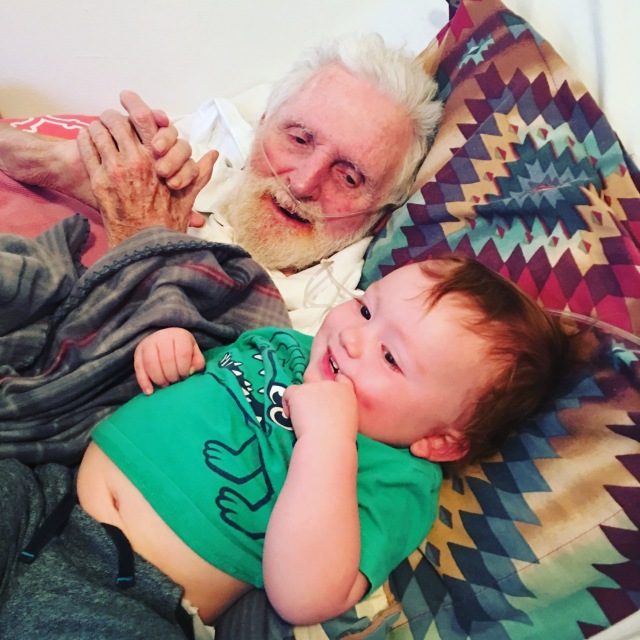 We took him out for margaritas. 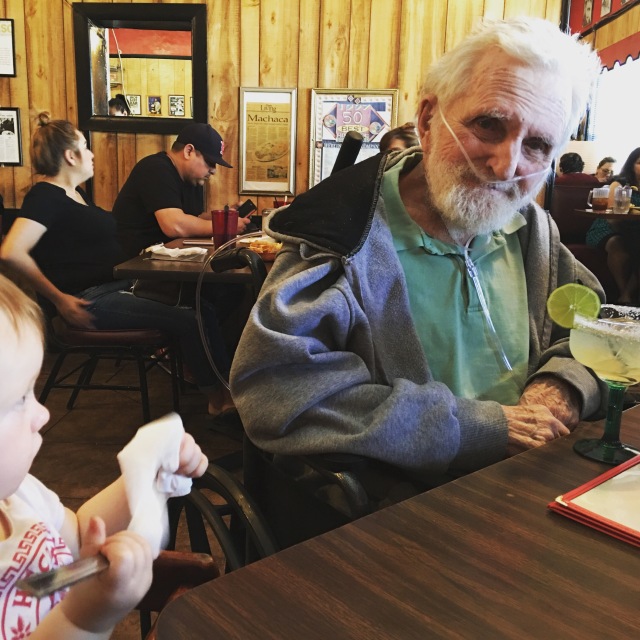 I rummage through pictures to be close and remember what it felt like to be his daughter.

He was comfort, like a pillow and a cloud. He was reassurance. He was laughter. That’s why it was so hard when he left. That’s why the grief that came with his passing is unbearable: we let years come between our visits, and there are no more opportunities to be with pillow-soft Dad.

I want to fill in those absent years, fix what can no longer be fixed by discovering the story behind the dust of Dad’s disappearance. The story began to come together the last time we visited him. It’s a love story. Aren’t they all love stories?

Dad was an amazing father. He also disappointed us, shattered us, really. I want to turn all of it into beauty, not sickness.

We are only human. He didn’t leave us on purpose. He had every intention of inviting us back into his life “once he got his shit together,” is what he would say. Time just got away from him. And I still love him.

You don't know me, but you will.
View all posts by clutterheart →
This entry was posted in Dad, Uncategorized and tagged abandonment, aging, dad issues, death, distance, dying, father, forgiveness, greif, greiving, healing, love, reconsiliation, reinventing. Bookmark the permalink.

2 Responses to Say What You Want To Say