This is the final story I’ll tell for now about how Bill came into my life. Thank you for reading them. It is fairly long, so feel free to grab a snack and sit back for this read.

I was invited to a party. It was a simple kind of party; dinner at a friend’s house. The party consisted of me, the two hosts and a couple, and even though the party was small, we had a marvelously goofy time. We ended up playing Soul Train, and laughed and took turns dancing for one another well into night. 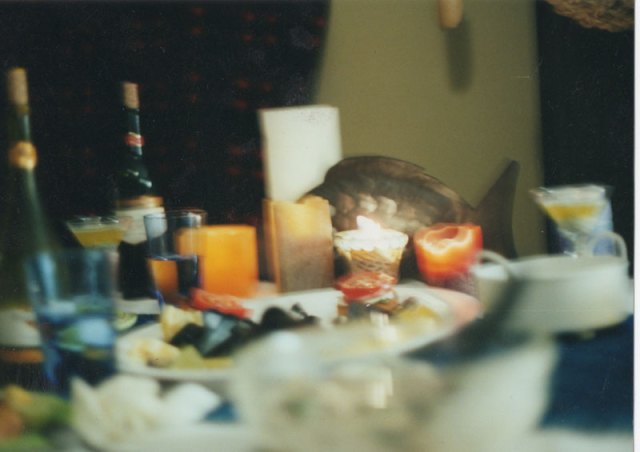 When it was time to go home, the couple left first, and before I gathered my things to leave, I asked the hosts, “Did you see the way he looks at her?”

It was beautiful and clear that he loved her very much. I told the hosts that I wish we’d find someone who would love us like that, and the three of us lingered by the door as we discussed attributes of what we look for in an ideal match, and how opposite these attributes were from the fellas we were currently spending our time with, but then we talked about the burdens of feeling alone, and soon we decided that yes, one day, if we’re patient and didn’t settle, we would find this kind of love that gazes admirably at the other.

And my patience was tested, and sometimes I refused to believe that this kind of love would ever come to me, and that maybe it was only for lucky people, but I still held a picture in my mind of that love every time I found myself trying to place a square peg in a round hole with these lusterless experiences I was having with ‘boys’. This picture in my mind served as a wish that echoed between stars for a very long time and made it difficult to settle for anything less, and so there was a long dark time in my life that felt like an ice age, but that picture was a glowing ember of hope that warmer days might come along.

A few years later, one of the hosts at that party had an art show, which was conveniently taking place at a cafe a few blocks down from my apartment. I was getting ready to go and was having difficulty finding something to wear, since I was having a ‘fat day’, which seems completely ridiculous to me now, looking at pictures of myself from back then, because there was nothing fat about me at all, but I had finally decided I was too ‘fat’ to go out that night, and I got into my pjs and snuggled next to the TV.

There was a knock on the door. It was the other of the two hosts of that long ago party, asking me why I wasn’t at the art show like I said I was going to be. I told her about my fat and she ignored my stupid-ness, pulled something from my closet and said, “Here, you always like wearing this, put this on.”

I stared at the full length polyester skirt with daisies all over it. It was gaudy and hideous, but yes, I did love that skirt, and so, I paired it up with a tank and went out the door with my friend, vowing to myself to think ‘skinny’ the rest of the night.

To help forget about my fat and keep my mind on the skinny, I went straight to the bar and ordered the strongest drink they had, and by the time I was happily buzzed, I had forgotten about the fat and finally began to have a good time. 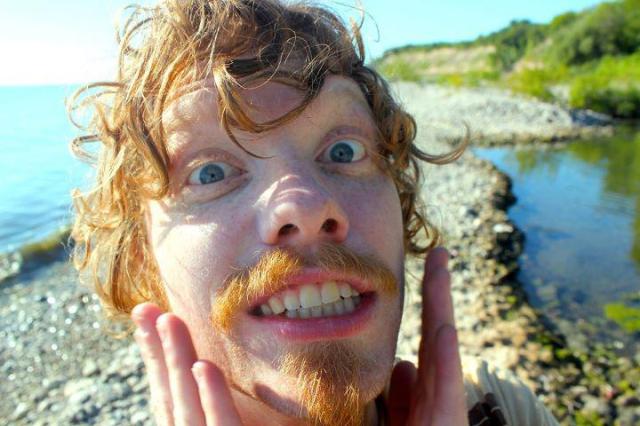 I saw a friendly face pass the window. He stopped, looked inside, smiled, came in and waved at me. He looked familiar, so I figured I knew him; I couldn’t quite place him, but I assumed I must have met him before through the artist. He pulled up a chair and we talked. I remember telling him about the self-help book I was currently reading, and complimenting him on his tattoo, which wasn’t a tattoo at all, but a cast (he had broken his arm while long-boarding).

I apologized for forgetting his name and asked if he could tell it to me again. He told me I couldn’t have forgotten his name because we had never met before, and just as he was telling me his name, I became distracted with something that was going on outside, and the next thing I remember was it was time to go.

I didn’t say goodbye, but the friendly stranger caught up to me on my way out, asking if I’d like to hang out sometime. I told him that I would love to, but I’d have to bring my boyfriend along.

Disappointed, he backed away, but would end up at my after-party later. There, I would watch him take off his shoes, and feel my heart skip a beat, and then he would chase after my cat when it tried to run away, and I would admire his rare and genuine kindness and handsome fat white feet.

The party was over; everyone had left except for him. The phone rang and it was my boyfriend at the time. He asked me what I was doing. I told him in a roundabout interrogation sort of way. That boyfriend strung together my answers and repeated them to me, “Let me get this right…you’re hanging out… by yourself…. with a guy you just met…. named Jim?” in which I hesitantly replied, “Yes.” I heard the click of the phone hanging up. I turned to Jim and offered him a ride home.

Word spreads like wildfire in a town like Milwaukee, and soon after that art show, word came back my way that a boy named Bill had a thing for me. I kept saying, “I don’t remember a Bill, but what about that Jim guy? I like that Jim guy, tell me about that Jim guy,” and no one knew who I was talking about.

Things ended with the old boyfriend, and one day, I came home to a message on my machine from a robot voice, asking me to come to an Uncle Larry show. That intrigued me, so I went, and there in the crowd was a man in a skeleton suit, with skeleton make-up, and wouldn’t you know it, it was Jim. He was on his way to the stage when he saw me. He smiled and stopped to say hello and that he was glad I came. I stayed in the back and watched his performance from there. The place was packed and it was hard to see, but they sounded good.

Afterward, I went to a party. I was standing in line for the bathroom and the guy in front of me turned around, and I was delighted to see it was Jim. He talked to me for a bit, but I couldn’t decipher what he was saying. He still had his skeleton suit and makeup on. I knew he liked me, so I was certain I wasn’t risking much by plopping one on him, and we’ve been together ever since. 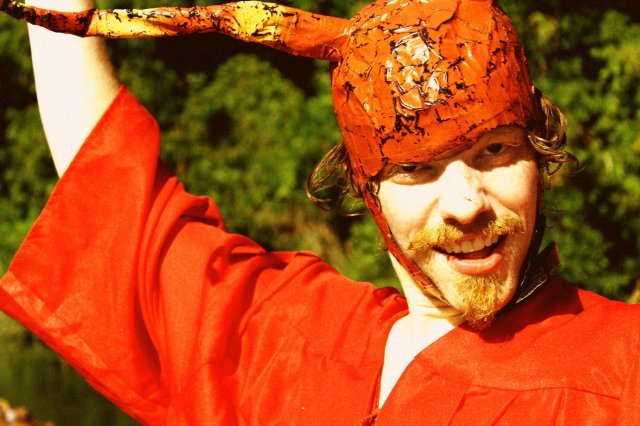 Two weeks later, Jim would finally correct me, gently explaining to me that his name wasn’t Jim, but Bill. I would also come to find out it was Bill’s brother that stared at his wife with the puppy dog eyes at that party so long ago…the puppy dog eyes that formatted my ideal sense of what love was supposed to be, which echoed off the stars, and brought me the younger brother, who is rumored to stare at me in this way, even though I’ve never actually seen it.

Also, I would find out that the night we met, at the art show, Bill had locked himself out of his house, and was wandering the streets looking for something to do until his roommates returned home, and that’s how he stumbled upon the art show. We laugh when we remember that if he hadn’t had the misfortune of locking himself out, and if my ‘fat’ had gotten the best of me that night, we might have never met. So, I have never allowed myself have a ‘fat day’ since, and when we lock ourselves out of our house, which happens on a rare occasion every now and then, we see it as an exciting opportunity to wander off into the world with the possibly of meeting someone we don’t even know we love yet.

Coaxed Me Out of My ‘Fat Day’: Lauren Woehler

{Thank you, you’re all made of stars.}

You don't know me, but you will.
View all posts by clutterheart →
This entry was posted in Uncategorized and tagged love story. Bookmark the permalink.

12 Responses to Serindipity of Bill