**In the process of writing these poo stories, I realized there was a plethora of them. It was very difficult to limit myself and choose which ones to share, but I will end with this one and lose the subject for a while, as promised.** 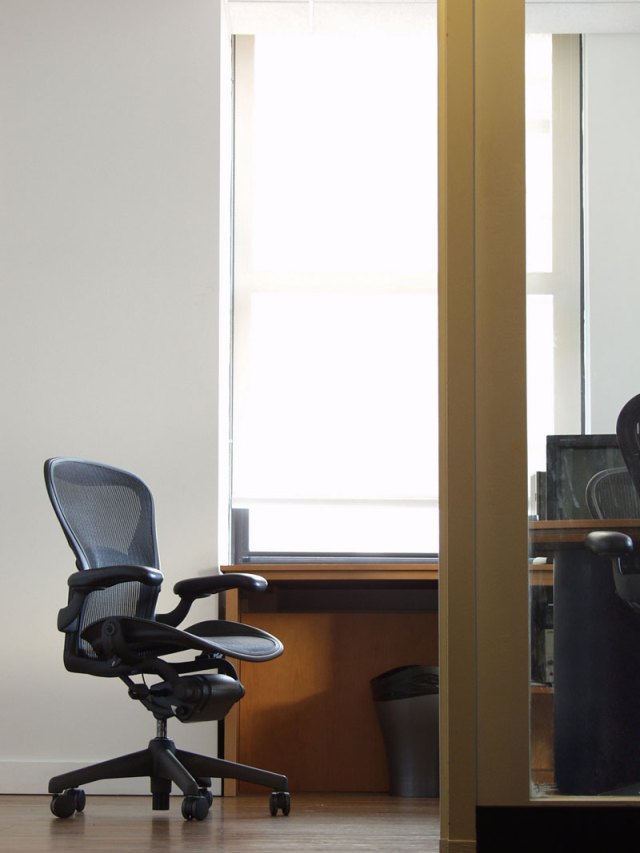 I was warned and failed to heed. I gathered my things to leave for the evening.

“If you don’t listen to what I say, you don’t know what you will find in your garbage can in the morning!” was threatened.

I didn’t pay attention. I was angry and walked away.

I returned to work the next morning, still skittish from yesterday’s conflict.

I had brought a muffin and some coffee for breakfast. When I was through eating, I went to toss my muffin wrapper into the wastebasket. I peered down to notice there wasn’t a liner. Simple enough, I knew where they were kept and went to retrieve one.

Along the way, I stopped to talk to a co-worker about lunch plans. It was a beautiful day and we were going to bring sandwiches to the lake.

I found a wastebasket liner and made my way back. I opened and fluffed the mini plastic bag and went to put it in its place.

As I bent down over the wastebasket, I was horrified at what I saw.

Someone had put some in there and smeared it around with some paper that was left in there as well. I tried for a minute to make sense of the situation, source the reason behind it, but memories of the evening before’s threat crept back into my mind.

I wanted to start screaming, “Poo! Poo!” and let the whole office know about the atrocity, but I didn’t. I would handle this differently.

I had recently brought up concerns about the person that I suspected left the poop to my boss, and was instructed to ignore this person. Besides, there was no one to report the Psycho Pooper to, my boss was on a 14 day Alaskan Cruise.

I remembered spotting plastic gloves next to where I found the waste basket liner. I would use a pair of those, clean the mess quietly, and carry on with my day as if nothing happened.

Psycho Pooper wanted to play mind games and I was determined not to let P.P. win.

Though the gloves provided adequate protection, I was startled by the fact that I could feel the feces were still warm. I ended up throwing the waste receptacle away entirely, since I couldn’t bring myself to clean it up.

I went on about my day as if nothing happened and kept the whole incident to myself.

Then poo started showing up at my home (on my front-step and on my back-step). They were neatly placed on pieces of newspaper and positioned in front of my door and walkway.

I tried to ignore those as well. It wasn’t easy, but somehow I managed to keep my composure.

I did however, begin to worry about what might be going on in Psycho Pooper’s head. If P.P. was able to take revenge with human excrement, I wondered what else P.P. would be capable of doing.

Then one day, it finally got to me. Again, I had spotted something at the bottom of my wastebasket. It wasn’t poop this time, but an article of clothing. Suspicious, I took a pencil out to lift it from the receptacle. I dangled it in confusion for a second before I realized it was a big pair of women’s panties. 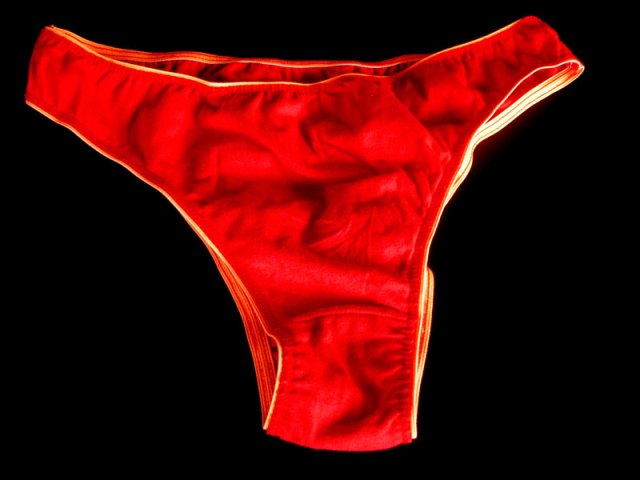 Enough was enough, my boss was back and it was time to tell.

My boss did not believe one word I said. She accused me of making the whole thing up. I was fired.

A few months later, I would receive a letter from my former place of work. It wasn’t an apology, like I was hoping, but information about the reason behind the poo and the panties found in my receptacle.

Apparently, our office space was being used as a whorehouse after hours. A homeless man would find his way inside and invite prostitutes to join him. The letter said these acts were caught on tape.

If I were homeless, or a prostitute (God forbid it would ever come to that), I would most certainly choose to use the toilet and all its amenities, rather than a  flimsy garbage can, and there were many nice facilities to choose from all around the office.

I questioned the underwear too. Maybe the prostitute had an extra pair on hand, and decided to toss her raunchy ones aside, and in my garbage can purely by chance?

But then how could anyone explain the warmth of the feces in my receptacle, not there one minute and then there the next?

And what about the poo on my doorstep?

There is at least one person out there in the world who has the answers to all these questions.

I have a friend who told me that people leave poop down random isles at the place she works at. There’s also another place (I won’t say out of consideration for the institution) I’ve found poop at… in the water fountain, twice!

I began to wonder if leaving poop in random places might be connected to a disease or mental behavior. I asked my friend who’s a psychologist and social worker if she knew what this might be.

She defended these poopers immediately with, “Some people are homeless and don’t have anywhere to go because no one will let them use their facilities.”

I had never thought about that. Her answer made me feel sorry for the Psycho Poopers of the world.

Then I asked what she thought about the poop in my garbage can and on my doorstep. Her answer again cleared up my questions to this mystery.

She explained, “There are people who aren’t understood. Every human wants attention, and this is their way of calling it to themselves. Whatever happened to these poopers must have been very hurtful and made them sick…mentally sick!”

I thought about the Psycho Pooper who pooed in my wastebasket. In all honesty, before P.P. unraveled, P.P. had stolen my heart the instant I met P.P. 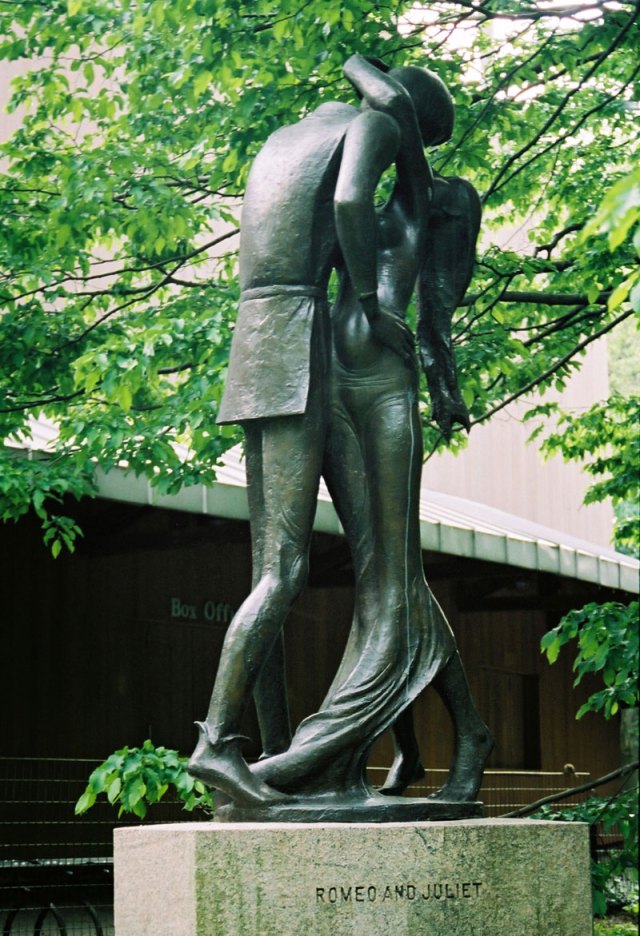 P.P. was suffering from a case of unrequited love. P.P. had been abused as a child and now as an adult. P.P. was rejected by our work team, who had all warned me to stay away from P.P. P.P. was an outcast. Instead of following everyone’s lead (like I should have), I took P.P.’s side. P.P. and I spent an evening discussing P.P.’s hardship at an ice cream shop after our very first day working together. It was the beginning of both a beautiful and freaky sequence of experiences that would surround our friendship while it lasted.

Once in a while, I hear about P.P.’s where-abouts and what P.P is up to. Life hasn’t been easy for this individual.

Now, whenever I see even a glimmer of P.P. in anyone I meet, I run for the hills instead of getting ice cream with them.

You live, you learn.

I wish the best for P.P. and all the Psycho Poopers out there.

I’d like to leave this post with a quote from a song by one of my most favorite musical artist, David Byrne. It’s from the album Uh-Oh and the song is titled, “THE COWBOY MAMBO (HEY LOOKIT ME NOW)”.

Who do you think pooped in my garbage can, the homeless man, or P.P.?

You don't know me, but you will.
View all posts by clutterheart →
This entry was posted in Uncategorized and tagged David Byrne, getting fired, homeless people, intimidation, mind games, office culture, pooping, prostitutes, Psycho Poopers, secret poopers, strange encounters, The Cowboy Mamba(Hey Lookit Me Now), threats, Uh-Oh. Bookmark the permalink.